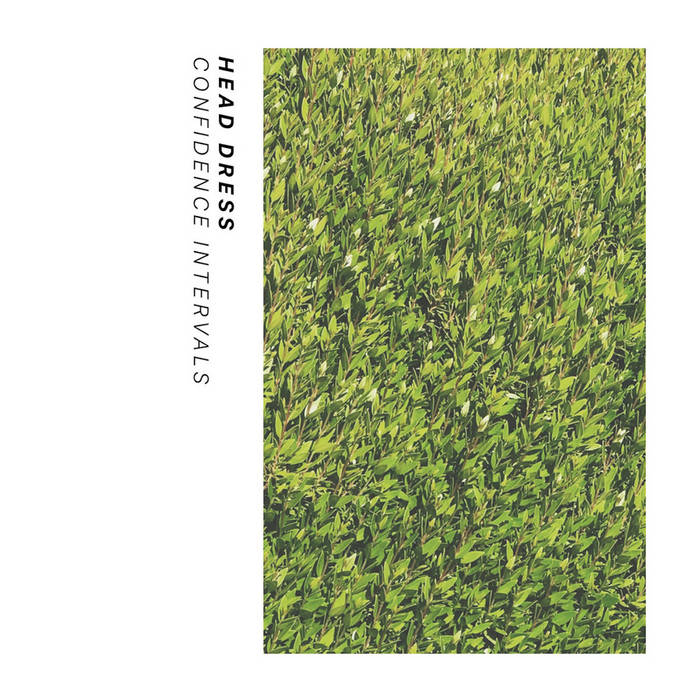 Head Dress's moniker and music thus far have evoked scenes of the post-dancefloor. Black-clad admirers gather around some LA aqueduct, gazing at the orchestrators, nodding in time, rapidly documenting via social media. This is not a colorful suggestion but a real life instance.

Confidence Intervals remains experimental throughout, skipping from the bounding scrapes and scratches of Pasadena to the very quizzical, score-like composition Closed Eye, Rolls Back. On Teenager, a possibly hopeful, sort of Reagan-era arpeggiation, we're called back to Butler's focused performances for the Modular On The Spot collective (#modularonthespot, if you're curious), from which this live-tracked piece is taken. The album crescendos with Lastly, a long-form, beat-less drone-techno piece that builds to a Stars of the Lid-styled, metallic halt. It's a fascinating hard stop, abutting a good deal of track seven's energy with the final, many-faced piece, Confidence Intervals. This title track frames the album, reclaiming the tones of Heavy Hand and Rinse with a look at the hard atonal through thuds, dry swarms, cuts of feedback and nearly constant, fluttering synthesizer spittle.

Confidence Intervals chokes and screams because there is a kind of violence to it. Not the hyper-aggressive, slamming digital sort, but something carefully designed to be slow, angular and frightening.

Bandcamp Daily  your guide to the world of Bandcamp

Featuring Gary Bartz, 5 years of Rhythm Section Intl and an LP of the week by Nicolas Jaar